Prasad – A shining example for women in STEM 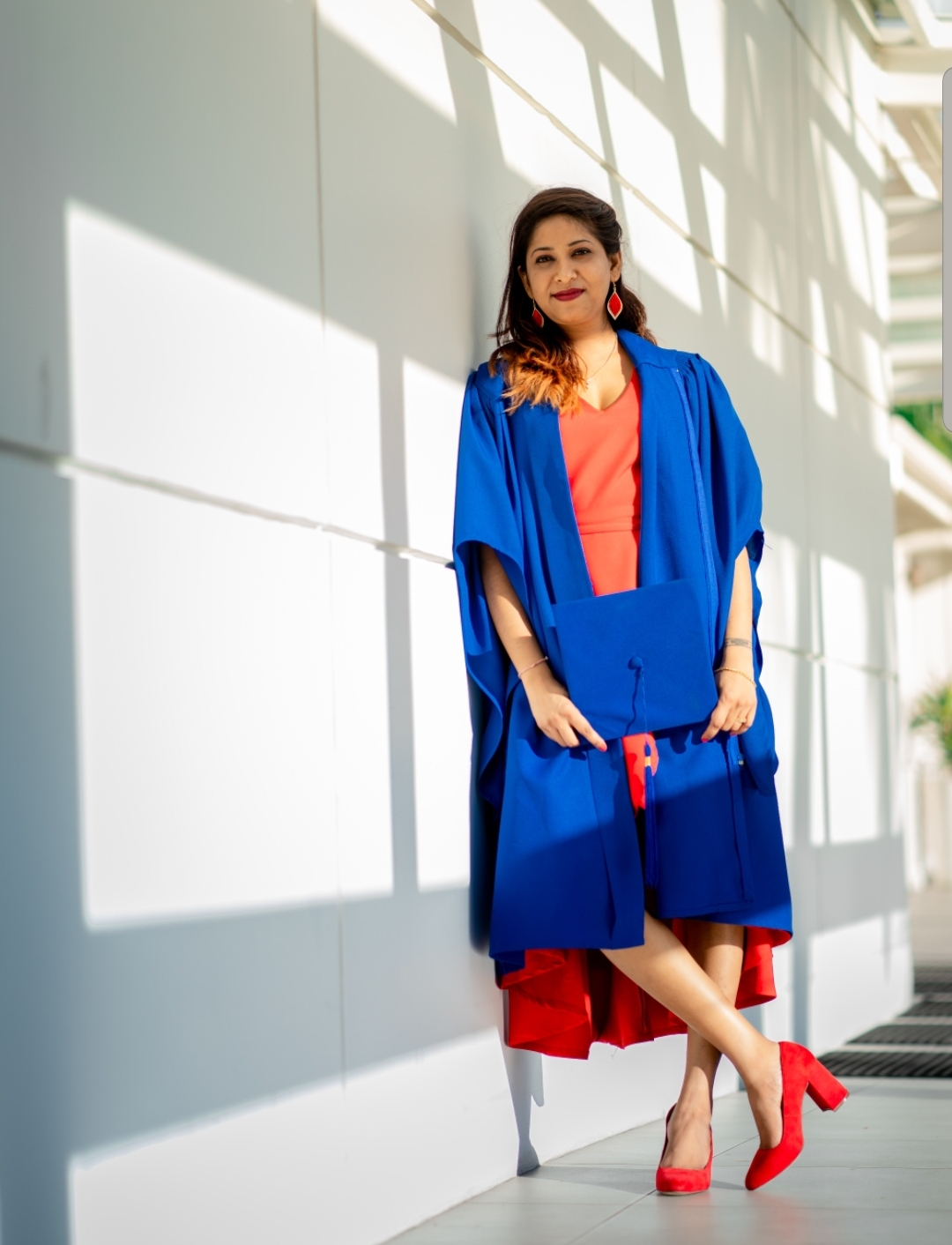 As a child, Nileshni Prasad would often pipe up and say she would be a lawyer when asked about her ambitions. However, as a teenager, her interests leaned towards the emerging world of technology which prompted her to take up Computer Science as a subject in secondary school, and one which she was very passionate about. She attended DAV Girls’ College and St Joseph’s Secondary School. This was her first step towards her career in a Science, Technology, Engineering and Mathematics (STEM) field, one that was previously heavily dominated by males.

Having grown up in a large family with four other siblings keeping her company, family life was very important to Nileshni and one which she valued together with having a career. She was blessed with a baby boy soon after getting married and devoted the early years of motherhood taking on the challenges of raising her child full time. She did not, however, lose sight of her career and was eager to get back to the classroom as soon as her family was settled into their new routine.

In 2004, Nileshni picked up her studies again in a stride and completed a six-month Certificate in Web Designing from the South Pacific Education College.

The next step obviously for Prasad was to enter the job market to apply her studies, learn more and gain experience in her field

“I worked in various small companies in different roles and learnt video editing and graphic designing.  I taught myself to use Adobe Suite as I was working for a video production company during this time. Following this, I started producing iTaukei music videos for my company, MTM. One of my productions was also recognised for local talent production at the Kula Film Awards,” said Prasad.

Her career progressed further as she joined the Suva City Council as an IT Personnel in their Finance Department. By now, she had six years of work experience, and she had an all familiar urge to go back to the classroom once again.

This time, Prasad enrolled in the Bachelor of Commerce (Accounting and Information Systems) at the Fiji National University’s (FNU) College of Business, Hospitality and Tourism Studies (CBHTS) in 2011.

“FNU provided me with the window to further my education. I chose FNU because of the flexibility that was offered to me as a working student and mum. I could attend classes part-time, and this helped greatly with my schedule,” she said.

Looking back fondly at her uni days, Prasad says she enjoyed her experience at FNU as a student. As a working student, she was able to meet people from all age groups, and, other working students from different organisations, thus expanding her network.

“Having great lecturers and studying with students of different age groups and background provided me with a good experience and outlook on the university lifestyle. Attending classes after work used to be productive as I got to meet up with other working students and had the opportunity to discuss work-life as well to learn about different industry experiences together with schoolwork,” she muses.

After working for two years at the Suva City Council, Prasad moved on to Asco Motors as the Graduate Trainee Systems Analyst. In 2013, she was promoted to Systems Analyst – a position she served on for four years. In 2017, she was again promoted to Senior Systems Analyst – IT Support – a position she currently holds. Her role includes attending to IT helpdesk calls; second level escalation resources for the regional offices; providing solutions relating to database and PC applications; application testing and retesting; user training in a variety of applications; assisting in business analysis projects and support, and, so on.

Prasad graduated in 2019 with a Bachelor of Commerce (Accounting and Information Systems).

Her advice to students is to invest in their future by educating themselves.

“There is no limit to learning, so do not stop after graduation and keep learning something new,” she said.

She also shared her top three tips for graduates starting out in their careers, saying, “Be humble, patient and understanding towards colleagues. Start saving your hard – earn money for your future. Always try and find positivity in situations, no matter how it is delivered to you,” she added.

Prasad is currently a part-time student at The University of the South Pacific undertaking a Post Graduate Diploma in Information Systems.