As I write this article, the new coronavirus infection, code-named COVID-19, has been reported in more than 120 countries, still counting.  The World Health Organisation has also declared it a pandemic and the President of the United States of America, a man well known for his ragmattaz, has closed his borders to all of Europe, in addition to China.  By the nature of the restrictions that were imposed over the weekend, Australia and New Zealand have basically stopped tourists from coming to the Pacific or visitors from anywhere getting into those countries.  What tourist would come and then impose himself to 14 days of self-quarantine when he returns home?  When I called to cancel my family’s flights, I was informed that the waiting time would be about 5 hours!  I immediately knew that everyone was cancelling his or her flights.

Many other epidemics have killed more people than COVID-19 but the virus is causing more scare than any of its tougher cousins because of the way it behaves, particularly, the way it spreads.  What it lacks in killer punch it carries in speed.  It is being predicted by some medical scientists that it may affect all countries of the world and more than two-thirds of the population before it is brought under control.  Let us hope that this prediction does not come true or the world will suffer.  There are some regions that the virus should not go or it will be a disaster of unimaginable magnitude.  Someone has asked me why Africa is still not on the hit list, in terms of number of countries and populations infected and the answer seems to lie in the fact that the virus appears to be thermophobic, seeming to avoid the hot regions of the world, as some scientists have argued.

COVID-19 is teaching the world a few lessons that are worth examining.  The key lesson is how the world is inter-connected.  Air travel has been a blessing but it can easily turn to a curse.  Air travel has been responsible for the rapid spread of infections to countries far beyond its country of origin.  By the time that China announced the infection, it was already present in a few other countries and within days, it had touched almost all continents.

A more significant lesson is the importance of China in the world.  I would be proud to be Chinese right now.  Great country.  If COVID-19 had started in many other countries, it would have been localised more or less.  Take the case of Ebola or some of the other respiratory diseases that started before COVID-19, they were mostly localised and hardly affect more than a handful of countries.  Not so China and COVID-19.  Literarily, when China coughs or sneezes, the entire world catches a cold.  It is not only because of the population of China.  It is due to its economic importance.  If China was just big and not holding the world on its shoulders, COVID-19 would have just started there, rolled around with local flights and land transport and be contained.  But China feeds the industries of the world, so first the virus went with the goods transporters and other people who went to or travelled from China.  And when China decided to close its borders or some countries closed their borders on travel from China, the industries ground to a halt.  The world is now holding its breath to see when soon China can open and send raw and finished materials.  If that does not happen soon, the world will simply stop and there will be an economic crash of the magnitude that has never before been seen.  China knows the impact of such a crash on itself, so like the giant that it is, it is even sending out materials to help other countries to fight COVID-19.  They have also largely come out of it.  There is orderliness in China.  In some countries, people from highly infected areas are escaping when their governments try to impose restrictions on movement.  Not so in China; everyone followed instructions and so the pandemic could be curtailed much earlier.

It is all good to be inter-dependent but I think other countries need to get some more independence.  COVID-19 revealed a level of dependence on China that was almost parasitic.  I did not know that some developed countries did not produce even toilet tissues locally but were 100 % dependent on China!  There are many countries which are also dependent on China for processed food, to the extent that they have forgotten how to produce fresh food.  It is a wake-up call.  Global companies need to open up more production sites, and there are population centres in other parts of Asia and Africa that can be developed to produce industrial parts.  Political and other social issues in some areas are a problem but if these industries begin to function, the employment that they will create will ease some of the anti-social problems.

There are a few lessons for Fiji too, which can be extrapolated to the rest of the Pacific islands and other developing countries.  There is great danger in an economy with a single or over-domineering product, especially if the product is strongly tied to events in other regions of the world.  Fiji is not alone in having such an economy; many African countries depend on a single mineral for survival and from time to time, they suffer the consequence.  Fiji needs to return strongly to agriculture.  Tourism is a shaky product, as COVID-19 has shown.  Agriculture yields the products that are always in demand, not matter what happens.  A down-turn in global economy for any of several reasons easily affects tourism.  First, the airlines reduced their flights as people chose not to travel or were prevented from travelling.  This directly affects returns from the national airline.  The airlines would shed some staff as a result of low passenger volume.  The hospitality business is then hit as there are no tourists to stay in hotels and hotels downsize their staff strength too.  A new wave of unemployment is created.

Fiji has the land resource to produce, process and supply food and other agricultural goods not only the Pacific region but Australia, New Zealand and Singapore where labour is expensive.  Fiji has the advantage of being a clean, healthy country and power supply is good.  The Government is intensifying effort to commercialise agriculture but it would require investment.  The model that would encourage land owners would be co-shared farm ownership.  In this model, land owners would provide their land as their share into the investment, while local and international investors bring in the other inputs.  This model could be tweaked, for investors to lease the land for 25-30 years, produce and then give part or one of the farms to the land owners.  During the period of lease, some minimal financial return could be given to the land owner for upkeep until the end of the lease when the land owner takes part of the farm.  The latter model has been used by the pharmacy and auto-parts businesses in Nigeria for generations.  In Nigeria, young family members are trained in the business for about 5 years, then the older relative, the owner, opens another shop for the trainee.  It is how these businesses have come to be almost completely dominated by only one ethnic group.  It should work for agriculture in Fiji.  It is one way that new farmers can be created.  It is not easy to get into commercial agriculture; a lot of learning is required.  Along with increased volume of production, the investors need to set up processing industries, to add value and prolong shelf-life.  Fiji needs to be an exporter rather than an importer of agricultural produce.

How can the hospitality industry wean itself of dependence on tourism?  This sounds like a silly question because the hospitality sector depends on tourists.  However, the way the sector operates in Fiji does not give room to much returns and like in other parts of the world, the hospitality is too dependent of tourist numbers for survival.  In Fiji, the situation is made worse by the fact that virtually all food supplied to tourists is imported.  The excuse has been lack of reliable quality and supply of the local produce.  The question is: why can’t the hospitality sector go into commercial agriculture?  Doing this will achieve a number of things.  It will create employment.  It will ensure regular supply of food produce that the sector requires to support itself.  We have seen from the example of COVID-19 that a problem with the source countries of produce required by the hospitality sector can derail business.  More importantly, the number of tourists will always decline or collapse when such problems arise.  If the hospitality sector was involved in agriculture and food processing, it would simply fall back to sale of agricultural goods for the time that tourism is affected.

An important question is, does Fiji have the man-power to support commercial agriculture?  The answer is positive.  Fiji created its national university to develop man-power.  The arrival of Fiji National University has been a game changer for the country.  It filled voids that were present in the regional university or the private university.  The amalgamation of several disparate institutions to form the national University has meant that man-power can be created in many more areas than was previously possible.  The University produces man-power, from beauty therapists right up to engineers.  Whatever manpower was previously being created by the other universities, Fiji National University added volumes to it.  There is a plus in this increase in man-power development but if the right industries and employment are not created, there could be a glut and social upheaval when graduates cannot find jobs.  This is the time for Fiji to look into developing industries.  In advanced countries, only few agricultural graduates work in the traditional office.  They are absorbed by the industries, on farms, flour mills, dairy plants, flower exporters, fruit processors and meat processing industries.  Fiji needs to do this and private investment is required.  The COVID-19 pandemic reminds to reduce dependence on one country, on one product and should stir us to develop our own supply chains. 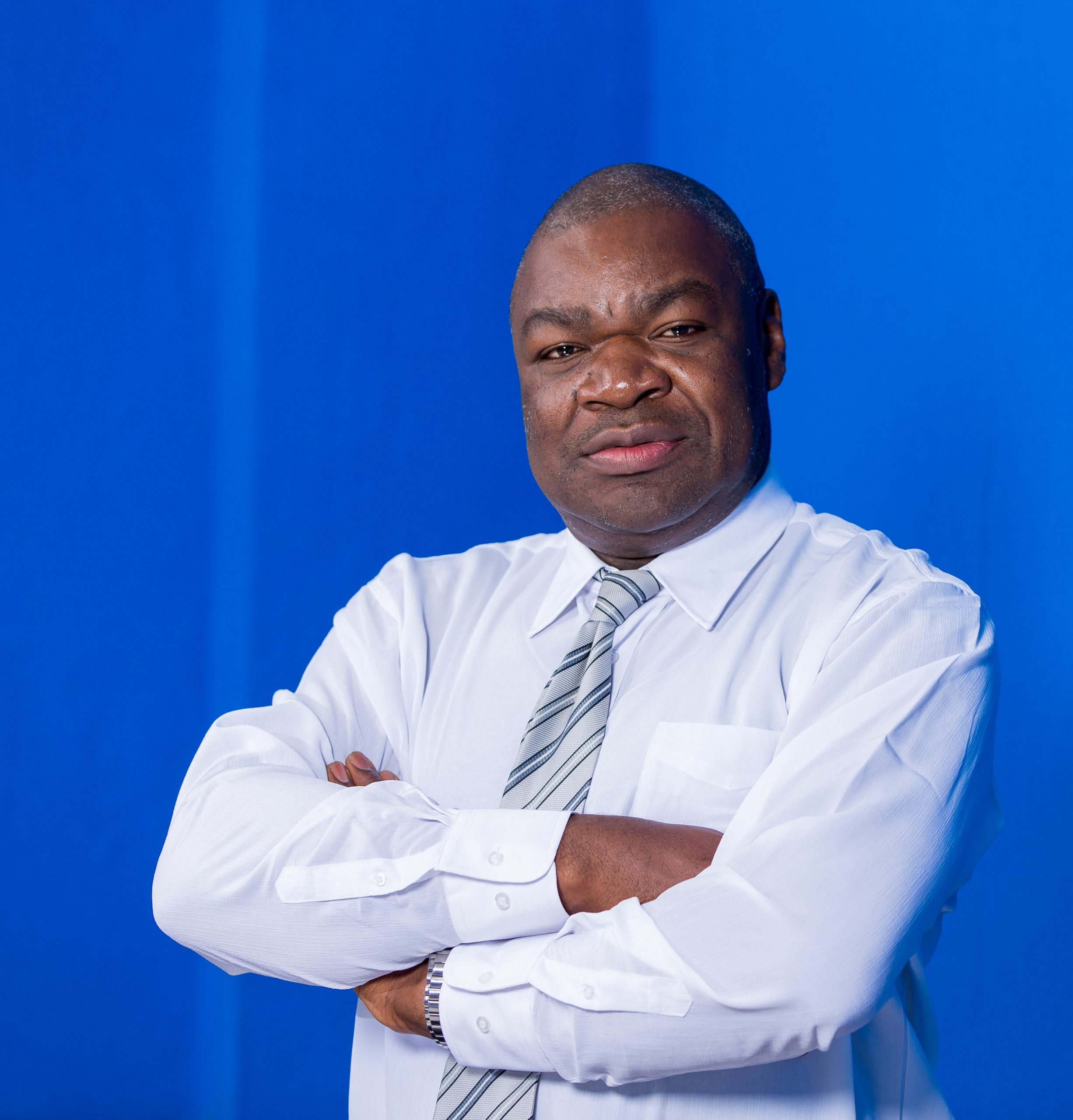