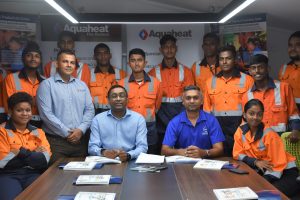 The National Apprenticeship Scheme is a tripartite agreement between the apprentice, the employer, and the NTPC.

The National Apprenticeship Scheme is a tripartite agreement between the apprentice, the employer, and the NTPC.

NTPC Manager Apprenticeship and National Trade Test Alvin Lal said they have noted an increase in the recruitment of apprentices from employers as businesses expand their operations.

“If employers start training apprentices, this is a very good indicator to us that they want to invest in the development a skilled work force for their organisation,” he said.

“This year we have registered some new employers and they have already started training under Apprenticeship Scheme. We have also received interest from other business operators and our team is working very closely with them to get them on board.”

Lal said the marked increase in interest from employers is a positive indication for more apprenticeship opportunities.

“If a student wants to come on apprenticeship and they don’t have an employer they can always come and see us and meet with us. After a short interview we will assist them in finding an employer. Some employers depend on us to screen the participants before we recommend them to join their organizations.”

“Apprenticeship programs prove beneficial as it prepares workers for the organisation and within the type of organization culture that they want them to be in.”

With more than 30 females currently recruited in apprenticeship positions enabled through NTPC, Lal said females were as capable as men in trade.

“We have seen that females equally work well in these trade related work environments so if you are a female wanting to work in a trade related environment, then the apprenticeship can provide you with a head start.”

Newly recruited apprentice, Selina Grace said jumping into trade was a little out of her comfort zone, but she relished the opportunity. 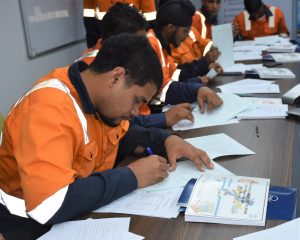 Apprentices are contracted for four years and are supervised and instructed by competent industry specialists.

“I wanted to try something new,” she said.

“This is a really great opportunity as there are not a lot of females in trade. Before this I was studying at a different University and because my cousin had studied trade, I thought to take it up because I was already familiar with the field.”

The apprentices are contracted for four years and are supervised and instructed by competent industry specialists.  They will be paid as employees while learning and studying for academic certificates and diplomas part-time at university.

“The apprenticeship is a fully sponsored training which means the fees and other costs of training are paid by the employer. Students just have to serve their apprenticeship and study and keep on learning. With that right attitude, they will be able to successfully complete the apprenticeship training.”

To find out more about the National Apprenticeship Scheme, contact: