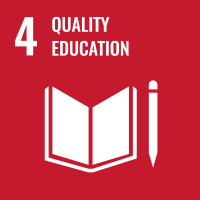 Since 2000, there has been enormous progress in achieving the target of universal primary education. The total enrolment rate in developing regions reached 91 percent in 2015, and the worldwide number of children out of school has dropped by almost half. There has also been a dramatic increase in literacy rates, and many more girls are in school than ever before. These are all remarkable successes.

Progress has also been tough in some developing regions due to high levels of poverty, armed conflicts and other emergencies. In Western Asia and North Africa, ongoing armed conflict has seen an increase in the number of children out of school. This is a worrying trend. While Sub-Saharan Africa made the greatest progress in primary school enrolment among all developing regions – from 52 percent in 1990, up to 78 percent in 2012 – large disparities still remain. Children from the poorest households are up to four times more likely to be out of school than those of the richest households. Disparities between rural and urban areas also remain high.

Achieving inclusive and quality education for all reaffirms the belief that education is one of the most powerful and proven vehicles for sustainable development. This goal ensures that all girls and boys complete free primary and secondary schooling by 2030. It also aims to provide equal access to affordable vocational training, to eliminate gender and wealth disparities, and achieve universal access to a quality higher education. 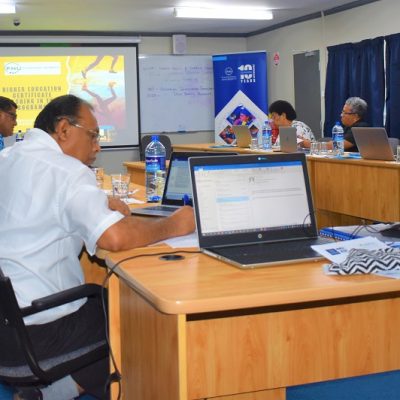 To strengthen the quality and relevance of Technical and Vocational Education Training (TVET) in Fiji, the Fiji National University (FNU) recently held a curriculum mapping workshop with the Australian Pacific Training Coalition (APTC), which is the largest supporter of the TVET education in the Pacific. FNU Pro Vice-Chancellor Learning and Teaching Professor James Pounder said...Read More 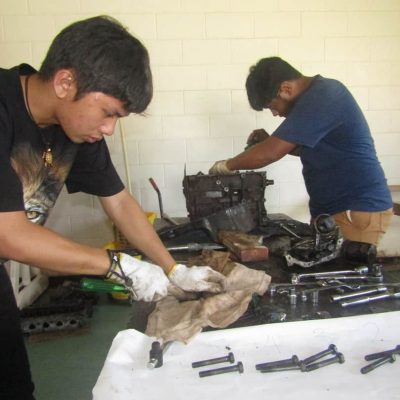 NTPC offers specialised courses in the Marshall Islands via e-platform

Fiji National University’s National Training & Productivity Centre (NTPC) has successfully expanded its services in the Pacific region by providing specialised training in selected programmes via an e-learning platform. NTPC recently formalised a partnership with the College of the Marshall Islands (CMI) and delivered a range of programmes greatly benefitting the regional students. College of...Read More 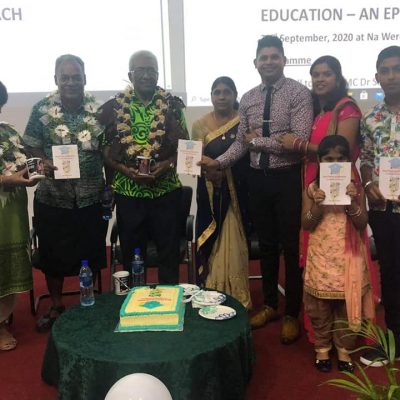 Fiji National University (FNU) academic Ravinesh Prasad has released his first book titled Easy Pieces on Education – An Ephemeral Perspective which is an instructive publication that highlights Fiji’s declining trends around numeracy and literacy education. The book is based on Prasad’s personal opinions which provide teachers, students and the Fijian community an understanding of...Read More 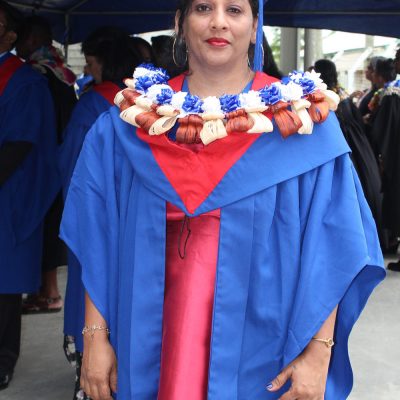 Spending time with family and visiting her mother in Vanua Levu is her favorite holiday activity. One that, an ecstatic Roselyne Reshmi Lata Maharaj can never get enough of. Born and raised in a small suburb of Muanidevo in Dreketi, Maharaj is a role model to her community after graduating with a Post Graduate Certificate...Read More 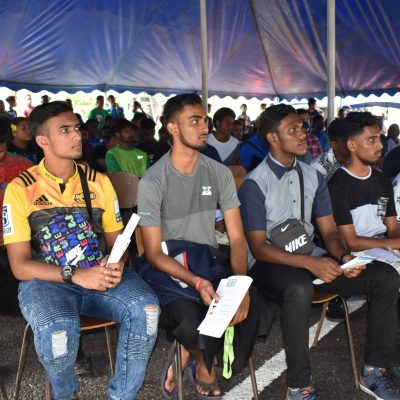 The heavy downpour experienced in Suva failed to dampen the spirits of newly enrolled College of Engineering, Science and Technology (CEST) students, who packed the MB Hall this morning to participate in the 2019 Orientation program. The new students were welcomed to Derrick Campus by the Associate Dean Research, Dr Jimaima Lako who provided participants...Read More

Majority of the students from the Fiji National University (FNU) are able to secure paid employment within four months of completing their studies. Speaking at the opening of the International Youth Fellowship (IYF) World Culture Camp in Suva last night, FNU Vice Chancellor Professor Nigel Healey said graduate employability is important as it indicates how...Read More 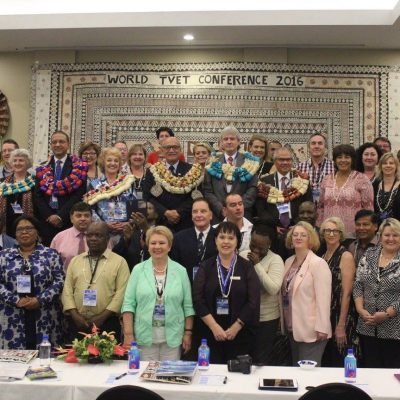 Fiji National University will host the first International Vocational Education and Training Association (IVETA) World TVET Conference organised in the South Pacific from the 23 to 25 August at the Grand Pacific Hotel. The conference, with the theme “Quality, Innovation and skill mobilization in Technical Vocational Education and Training (TVET) – an internationalisation process,” is...Read More